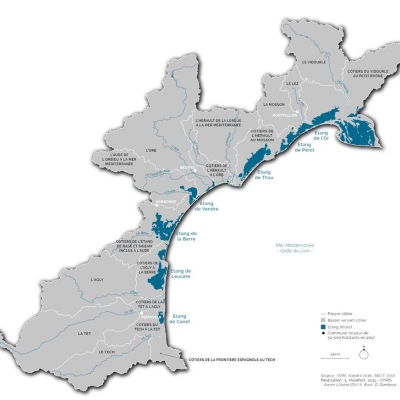 The ambition of the projects included in the "Mediterranean coastal watersheds" dynamic is to coordinate, promote and enhance long-term multidisciplinary research on the functioning of characteristic socio-ecosystems. The objective is to encourage interactions with different scientific communities (biodiversity, agriculture, health) in consultation with socio-economic stakeholders for the implementation of an integrated and sustainable management of water resources.

Following the success of the projects funded in 2018, a second call for projects was launched to deepen exchanges within a scientific community with multiple disciplines. Thus, the Montpellier "Water" community is joining forces with part of the "Vine and Wine" community to study the trajectories of wine-growing territories, one of the typical Mediterranean socio-ecosystems. Four projects have been selected and will be funded until June 2022.

Governance & Eutrophication Impacts of hydrological extremes on agriculture, Modelling to Observe, Observing to Model Workshop Zone and AntibioResistance in Water Environments: Study and Monitoring of Drinking Water in a Territory Aridification in Mediterranean piedmont and lowland areas: Impacts on agrosystems, interactions, sustainability and adaptation measures 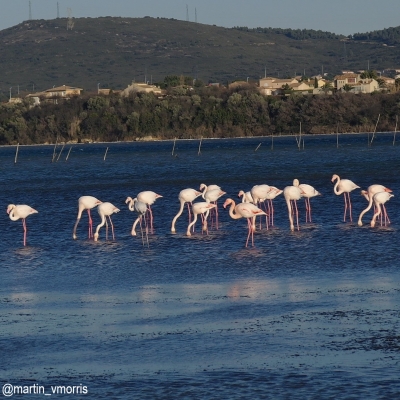 Description: The project aims to develop a methodology for observing and then modelling, over the long term, the trajectories of agricultural activities subject to a "climatic" regime composed of extremes (flooding, marine submersions, drought), potentially changing, by also integrating other so-called "global" changes (economic, regulatory conditions, etc.) Particular attention will be paid to all the strategies implemented by the activities as well as to the monitoring of key characteristics. The interest in relying on these tools is twofold:

Objective: To develop a framework for observing the trajectories of economic activities of an agricultural nature by having : 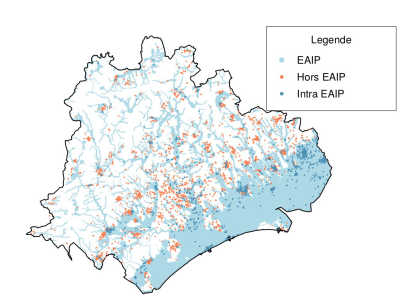 Description: Initiate a monitoring system on a territorial scale to assess the risks of antibiotic resistance (ATBR) in drinking water, then study the feasibility of this system on a national scale.

Objective: To initiate a monitoring system to assess the rate of resistance in populations of faecal bacteria accidentally contaminating drinking water and to propose possible remedies. The first objective is to quantify the rate of RBTAs presenting a critical and/or emerging risk to human health and then to qualify the resistance mode of enterobacteria and enterococci in the distribution waters of the Workshop Zone. The second objective is to map this information in order to link it to natural abiotic environmental parameters or human occupation of the territories.

Long-term scientific challenge: To propose a roadmap for the deployment of a national monitoring network based on the existing national network of regulatory analyses of water potability. The results will be valorised by an international publication and by the presentation of the results not only to the ARS for a national deployment but also to the ANSES in order to support the taking into account of the environment in the global fight against RBTA. 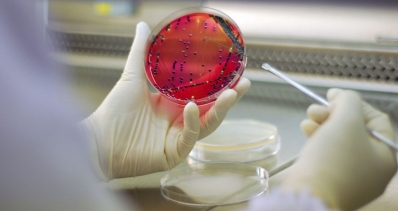 Description: Implementation of biophysical modelling approaches to describe the energy, water and carbon balances of agro-ecosystems, the interaction mechanisms between ecosystems and agro-ecosystems, and the impact of adaptation measures in order to study and anticipate the effects of aridification in the medium term on Mediterranean landscapes

Objective: The consortium wishes to mobilise observation and modelling to study in detail the indicators impacting the main agroecosystems, the effectiveness of adaptation or mitigation measures and the interactions between ecosystems and agroecosystems as a lever for mitigating the impact of aridification.  These aspects will be addressed through:

These tools must be capable of integrating the topo-climatic and edaphic heterogeneities of the environment, the variability of cover and species and their water use strategies, as well as the lateral surface and deep flows governing exchanges between the different elements of the landscape.

Long-term scientific issue: this project also aims to embrace other major issues and to include new partners, notably in the following areas: i) contamination of terrestrial and aquatic waters and ecosystems by agricultural inputs, ii) territorial dynamics: urbanisation, multiplicity of agricultural models, and iii) study of the effects of hydroclimatic extremes on agro- and ecosystems. 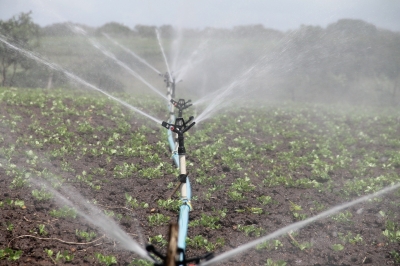